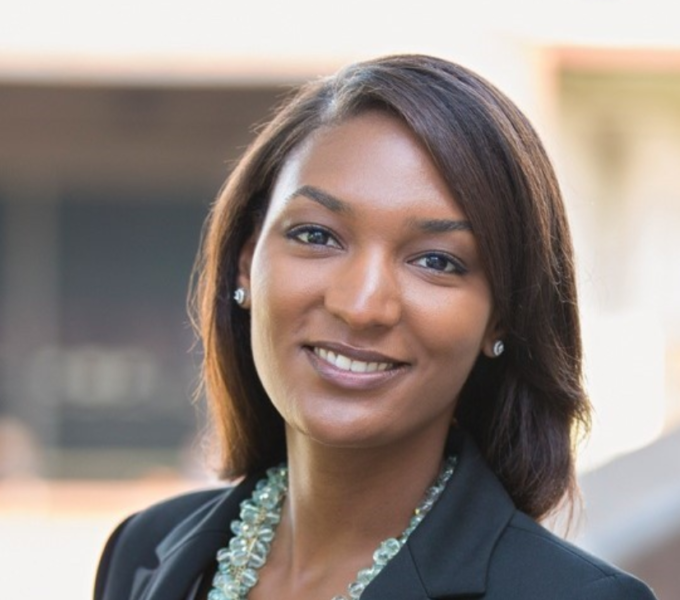 This past fall, Sofia Teixeira dove wholeheartedly into “a once-in-a-lifetime opportunity.”

As one of 250 inaugural fellows of CEO Action for Racial Equity, the 1994 Steppingstone Alumna now spends her days fully devoted to a massive mission: identifying, developing and promoting public policies and corporate engagement strategies that will address systemic racism, social injustice, and improve societal well-being. And she’s doing it with her company’s support.

In her cutting-edge role as director of inclusion, diversity, and equity at Vertex Pharmaceuticals, Sofia was selected by her CEO to lend her time and talents to this first of its kind fellowship for one year.

The mission is daunting. Yet the fact that over 100 companies have chosen this means to invest in social change inspires her. She finds it equally uplifting to know that the fellows themselves put thriving business careers on pause to be part of the change. She’s seen their passion firsthand, and knows “we’re pouring all we have into it.”

Throughout her career, Sofia’s been grateful to see the work of diversity, equity, and inclusion (DEI) becoming more embedded in companies. More and more, leaders “realize that it’s everyone’s job”—not just the job of someone with “diversity” in their title.

And she’s forever grateful to Steppingstone. It taught her as a young Scholar that, “with hard work, with extra effort, with the right support and resources, we can achieve things that we never knew were possible.”

While only in high school at Rivers, she landed a first internship in public relations with help from a Steppingstone connection, opening a door to the world of business. She went on to Babson and later to the graduate business school at Penn State to study strategy and marketing.

As a freshly minted M.B.A., Sofia moved to Atlanta, a brand new city, excited to work at Kimberly-Clark and take part in a newly created leadership development program. After joining an employee resource group to help recruit diverse talent to the company, she ended up being recruited herself for her first role in DEI.

In 2018, she returned home to Boston to join John Hancock as its very first head of diversity and inclusion. She then went to lead DEI programs globally for its parent company, Manulife. Last March, she took on her latest challenge as director of inclusion, diversity, and equity for Vertex, where she pushes herself to create an environment where all employees feel they can fully be who they are. “This level of belonging benefits everyone,” she reflects.

‍Prior to moving into her first DEI role, Sofia spent over a decade working in marketing and communications. “More than any other work I’ve done, this work lets me witness the whole of humanity,” she explains. For that, she’s also grateful. “I’m lucky enough that I’ve been able help people at all points on the spectrum to understand how they can each be part of the change as we make progress in this space.”

In 2020, with everything going on in the world, it was often hard for her to separate work and life. Amid the national reckoning with racial justice, “more than ever, my job demanded that I be present,” she notes. As deeply personal as the issues were for her, she had little time “to unpack my personal experience.”

Since becoming a fellow in October, “it’s taken me on an amazing personal journey,” she says. When she looks in the mirror, she sees herself with fresh eyes. “It’s the most honest, introspective view that I’ve ever taken, and I’ve learned a lot about myself.”

For one, “it’s greatly amplified for me that I’m a huge empath.” Her work as a fellow has been deeply emotional. At times, she’s felt the weight of her unrelenting attention to heavy issues. When she looks at data on racial equity, she can’t help but see people, not just numbers, and feel the real pain of their experiences.

The Courage to Learn

What’s needed most going forward? “I’m trying to get away from clichés,” she says aloud as she ponders the question. “Honestly,” she says, “courageous leadership.” For leaders, as for anyone, “it takes courage to say I have a lot to learn and I want to learn.” Personally, “I’m still learning everything. This work is dynamic and every day presents new information,” she adds emphatically.

For Sofia, the fellowship has been a constant learning opportunity. She’d never focused so intently on the systemic inequities that exist in this country. Change, she knows, will take years and far greater reserves of selflessness and humanity.

Given the vastness of the issues, what she accomplishes “may be a teardrop in the ocean of the work to be done.” At moments, “it’s saddened me,” she admits. Yet knowing what she knows now, she can’t imagine turning back.

When it comes to the work of DEI, “we’re onto the next step in evolving this work even further,” she reflects. She looks forward to bringing all the newfound knowledge she’s gaining to everything she does in the future.

"For Generations to Come"

When she thinks about how Steppingstone has evolved, she deeply appreciates how its founders recognized and challenged what had been “a problem forever”—the lack of access to quality education for all students. To her, the work is as relevant in 2021 as it was when she became a Scholar in the early 1990s.

Excited to celebrate its milestone 30th anniversary, “I love that Steppingstone’s never strayed from its original mission,” she says.

For any family considering applying today, Sofia has clear advice: seize the opportunity! To her, “it’s one of the most pivotal decisions that I think a parent can make for their child.” For Scholars, getting support at such a young age “can literally change the trajectory of your life,” she believes. Even more, “it can change your family for generations to come.”